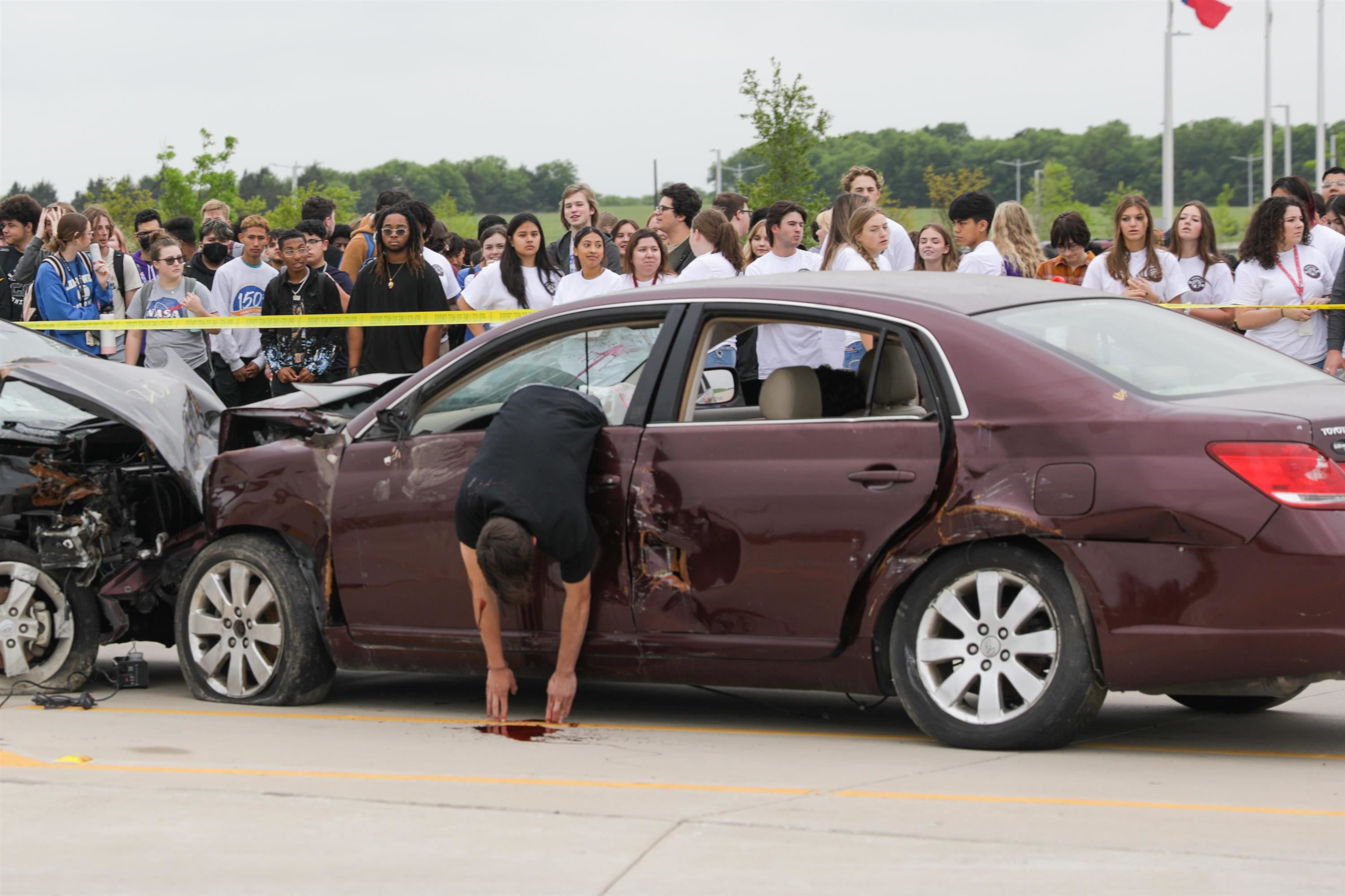 Jacob Lester hangs out of a wrecked car in front of a crowd of SHS students in a staged accident for "Shattered Dreams." Photo by SISD Communications, Todd Kleiboer

A crowd of juniors and seniors watched nearby, one student was pronounced "dead" at the scene, another was airlifted to Texoma Medical Center with serious injuries, and two were arrested on charges of driving while intoxicated.

"Shattered Dreams" is a school-based program that promotes responsible decision-making among high school students regarding underage drinking and driving. The program demonstrates the consequences of how making irresponsible decisions can end dreams. The Shattered Dreams program places an emphasis on the results of alcohol-related crashes: The shattered dreams of those who drive intoxicated after drinking, the innocent victims, and their friends and families.

Afterward, juniors and seniors gathered in the auditorium to watch a video depicting the driver's actions leading up the crash and what happened to them after they were arrested. Sherman Police Department Officers Tim Gann and Tyler Carroll discussed their experiences responding to similar situations after the video ended.

Later in the day, the grim reaper visited students throughout the campus and declared them "dead," and their obituaries were read to students present.

A thank you goes out to everyone who worked to make this educational opportunity possible for SHS students.