Turns out networking is REALLY important.

Back in January at the American Football Coaches Association Convention, Sherman ISD Athletic Director Bob Jones had a chance encounter with Scott Wissmueller, a channel sales manager at the sports equipment company Oakley.

"The BSN [school partner] national salesperson had worked for Oakley and took me over to the Oakley people,” Jones said. “I said here’s my card, but he [Scott] looked really busy and didn’t seem like he had time to talk.”

But Wissmueller kept that card, and about a month later, he reached out to ask if Sherman would participate in a photoshoot for a new Oakley line of apparel. Jones jumped on the opportunity. 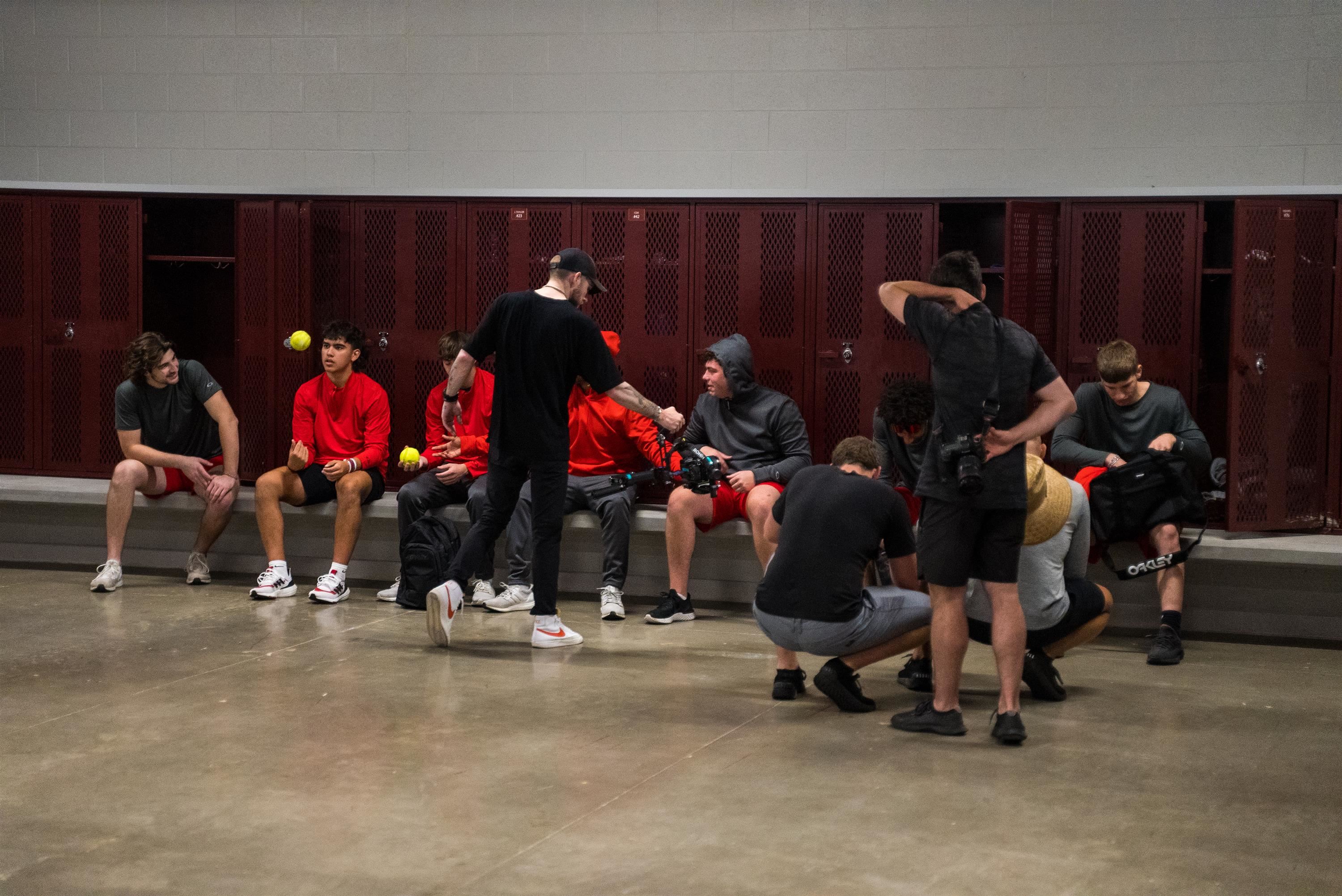 “I think you take any opportunity you have to put our facilities on the national stage,” Jones said. “It’s a direct reflection on our community, our school board and our school district that they made the commitment to our kids.”

Oakley representatives and a creative team headed to Sherman May 12 to handle the photoshoot. Due to eligibility and amateur sports rules, only seniors participated. The shoot focused on softball, baseball, football and general weight training.

“This was a great opportunity for our students to act as representatives of the Bearcat family in front of a national audience,” said Superintendent Dr. Tyson Bennett. “When our community supported the construction of the new Sherman High School, they directly invested in our students. Now, our kids have opportunities that students elsewhere only dream of.”

The ad campaign is launching an apparel line called Athlete Essentials, which focuses on team sports and customization options for logos or team colors. The campaign is set to begin in August, according to Megan Leisinger, Oakley Head of Account Marketing.

“We saw the facility, and we were blown away,” Leisinger continued. “Your fields, your school, it’s very clean, and as we’ve been here and talked with everyone, it’s been the most hospitable and welcoming community I’ve ever met.”

As an added bonus, the seniors kept everything they modeled after the photoshoot.

Below Photo: From left, Superintendent Dr. Tyson Bennett, Oakley Sales Manager Scott Wissmueller and Athletic Director Bob Jones talk the morning of May 12 while the photoshoot is being held. Photos by Todd Kleiboer and Ahmad Alzubi, SISD Communications 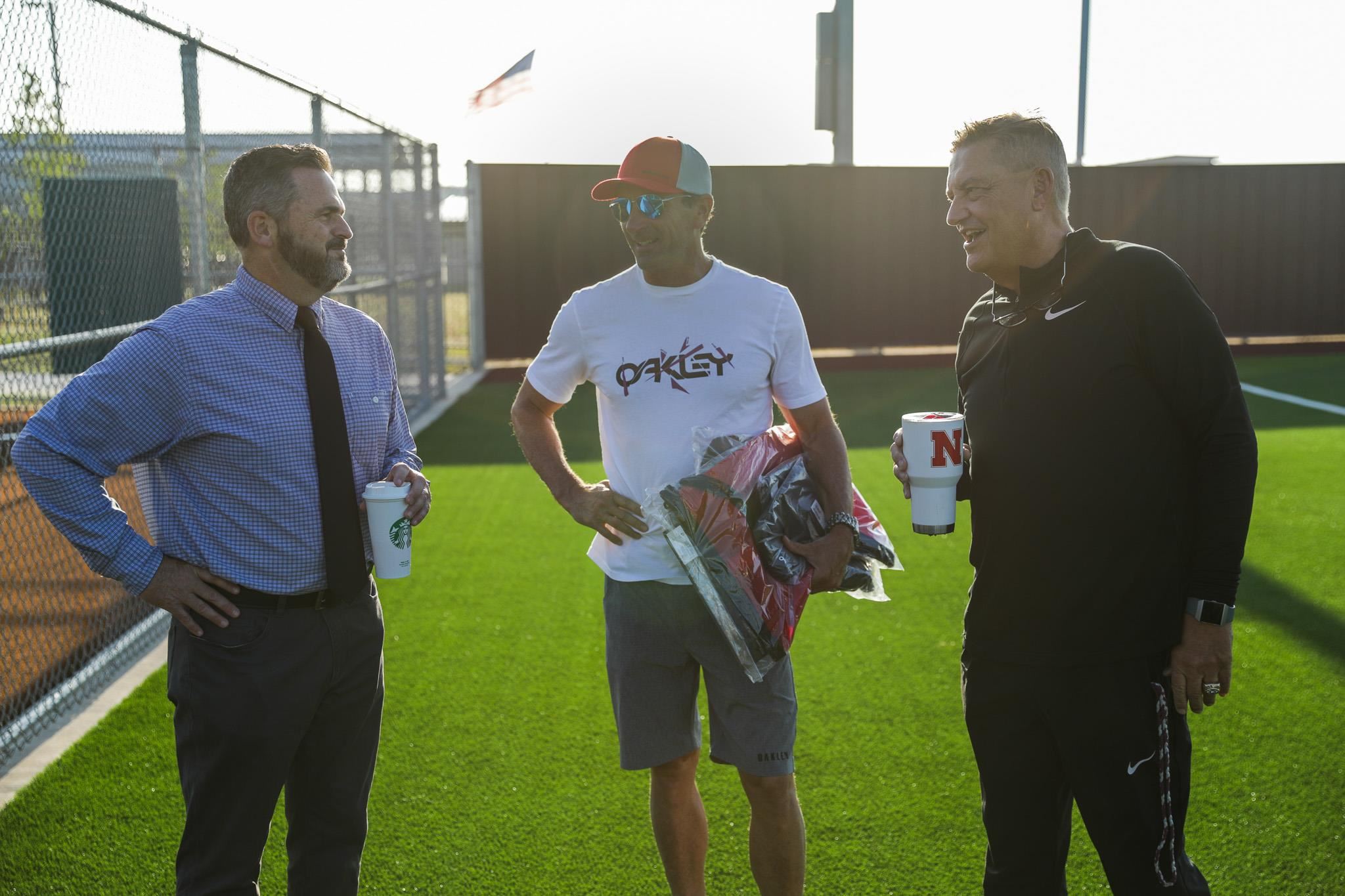