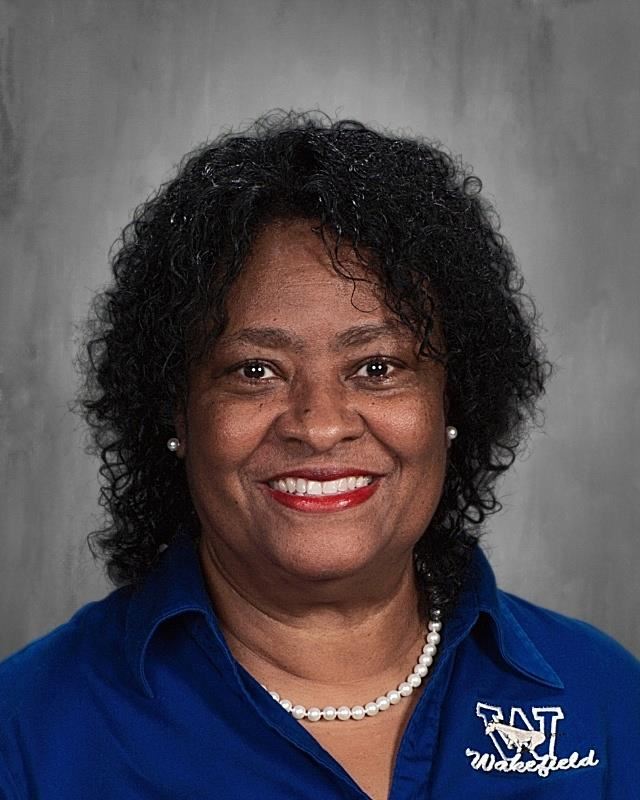 Eartha Linson joined Wakefield Elementary School in 2015, following 4 years of service within Sherman I.S.D. and 14 years in the McKinney Independent School District. Her career began at Faubion Middle School in McKinney, Texas, where she taught 8th grade for several years before being named assistant principal at Webb Elementary. During her tenure in McKinney I.S.D, Mrs.  Linson served as assistant principal and principal at Dowell Middle school and served in Central Office Administration. Prior to her appointment as principal of Wakefield, she served for three years as a teacher at Sherman High School and one year as Instructional Coach at both SHS and Piner Middle School.

Mrs. Linson grew up in Sherman, Texas and attended school in the Sherman Independent School District, graduating from Sherman High School. She received his undergraduate degree from Austin College in English. Mrs. Linson earned her Master’s Degree in Educational Administration from Austin College. Later, Mrs. Linson went on to earn her Principal Certification.

Mrs. Linson believes that a collaborative school environment is the key to creating successful teachers and students. She believes partnerships with parents and community partners are essential to enriching the experience of all stakeholders at Wakefield Elementary.

Her hobbies include reading, sewing, cooking, walking on the beach and playing with her grandchildren, Cadence and Michael. Mrs. Linson lives the mantra “Life is like a box of chocolates, you never know what you’re going to get,” and reminds herself to “Just trust in the Lord.”